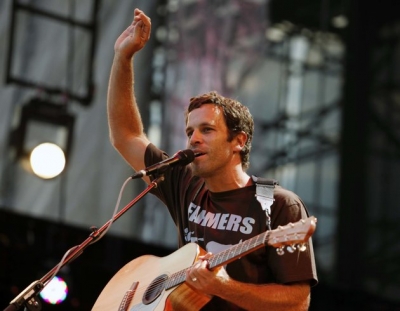 When it comes to his shows, Jack Johnson is something of a diva.

Before agreeing to play somewhere, his team hands the venue a detailed rider — a list of demands that need to be met for him to play the show.

But while more infamous riders from well-known artists might allegedly ask for hand-carved balls of ice or imported Versace towels, Johnson’s reads more like an environmental bill of rights.

“ RECYCLING MUST NOT BE THROWN AWAY WITH THE TRASH,” one rider agreement warns in all caps, along with a request for energy-efficient light bulbs installed throughout the facility and an order for the venue to purchase carbon dioxide offsets to cover all the energy used during the show.

Read the rest of Carla Herreria write up for the Huffington Post  here.

Plastic. Its history, benefits and drawbacks through art

From being a key ingredient in medical supplies and refrigerator insulation to surfboards and toys, plastics are part of our world. Life as we know it wouldn’t exist without plastic. On the flip side, humans produce more than 300 million tons of plastic a year—and more than 7 million tons of it winds up in the ocean annually. A new exhibition at Honolulu Museum of Art Spalding House looks at the good and bad of plastic through art—and art making. 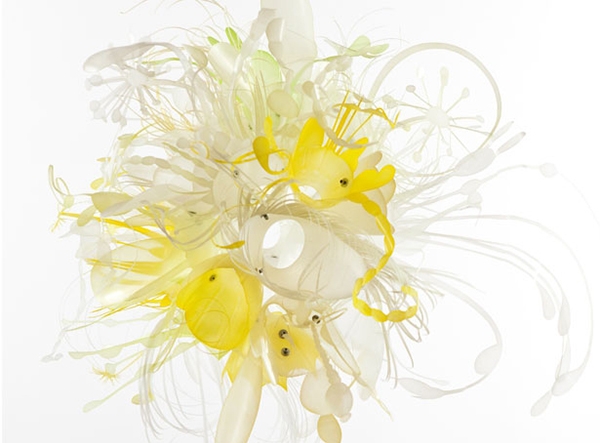 Why plastic, and why now? Since 2013, the museum’s Spalding House location has presented exhibitions using art to illustrate key aspects of a school curriculum, such as literature, science, math, and social studies. This year, as he was planning future shows, Spalding House director and curator Aaron Padilla wanted to expand the concept to create a multidisciplinary exhibition that focused on a single topic. At the same time, Kim Johnson, co-founder of the Kōkua Hawaii Foundation and the Johnson Ohana Charitable Foundation approached the museum about doing an exhibition that looked at plastic pollution, and something clicked.

Singer-songwriter and long-time environmental activist Jack Johnson has joined the 5 Gyres non-profit organization on an expedition to spread awareness and educate people about plastics pollution in the world’s oceans. 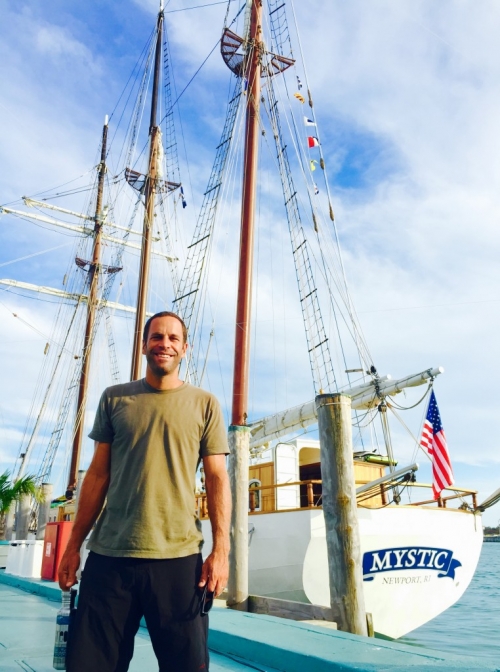 On June 2, Johnson, alongside the 5 Gyres SEA Change Expedition crew, departed from Miami, FL on a journey to research the impacts of plastics on the aquatic ecosystem and marine life.

During the expedition, Johnson will become a Goodwill Ambassador for the United Nations Environment Programme, and participate in the 5 Gyres SEA Change Youth Summit in the Bahamas to educate children, and explore solutions to the plastics pollution epidemic in the ocean. 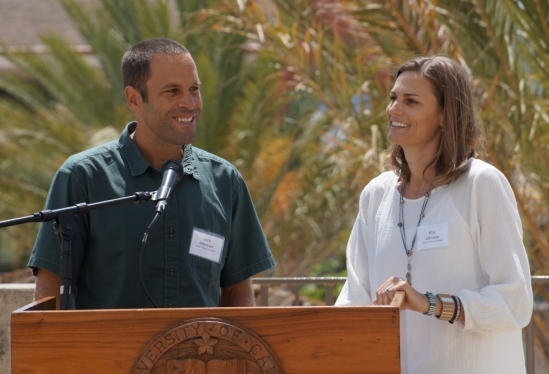 With a nod to their alma mater as the place where their relationship began — and where their shared passion for food first sprouted — UC Santa Barbara alumni Jack and Kim Johnson haved helped plant the first seeds in a fledging initiative with the ultimate goal of an on-campus farm run by students for students.

The Edible Campus project, a collaboration of the couple’s Johnson Ohana Foundation, UCSB Associated Students’ Food Bank and Department of Public Worms (DPW) and UCSB Sustainability, launched with the ceremonial planting of two navel orange trees at Storke Plaza. All the fruit that is eventually produced will go to the Food Bank for distribution to its student clientele.

“Our learning and our love story began here on campus — and also our attraction to food and the impacts of it,” Jack Johnson said. “This symbolic action is the beginning to what is hopefully a longer conversation we can be having about food here on campus and how our foundation can be involved in it. Our passion is introducing young kids to where their food comes from. If we plant that seed now, as they get older they’ll be able to tackle the bigger questions. And that’s what you guys are doing. We’re so proud, being UCSB alumni, to see what you guys are doing.”

The idea to grow food on campus, for campus, has been in the Department of Public Worms’ sites for several years. Turning food waste into fresh food through composting, the group’s core activity, also presented the opportunity to create and model a so-called “closed loop” system in the UCSB student community. Factor in the rapidly growing numbers of students tapping the AS Food Bank for supplemental sustenance and the need became even clearer.

Simultaneously — and serendipitously — the Johnsons, whose foundation has a focus on environmental education and food, came calling with an interest in funding just such a project. So began the new initiative, which is starting with citrus trees but could ultimately grow into a comprehensive food production program and student farm.

“Food is being thrown away on a daily basis, while there are many students at UCSB who struggle to access nutritious food,” said Jessica Foster, a fourth-year environmental studies major and student coordinator of DPW. “The Edible Campus Project dovetails with DPW’s current efforts to use food waste to grow food in our educational garden, which has been used as a space to teach students and community members about growing their own food. This new collaboration with the AS Food Bank provides us the exciting opportunity to supply fresh produce grown by students for students in need of fresh, nutritious food.”

Fundraising is already underway to expand the program with additional trees as plans are developed for other edible campus efforts.

“In dialogue with the Johnsons, we developed the citrus trees program as a first step,” said Katie Maynard, a campus sustainability coordinator based in UCSB’s Department of Geography. “Our hope is to eventually be able to provide a wide variety of fresh food to students, as well as create an educational space to learn about what goes into the practice of small-scale food production and the important role it plays in our goal to eliminate food insecurity.”

The latter component is an especially key concern for the food bank, which has serviced close to 3,000 students since summer 2014 alone. Alarming statistics about the growing number of students skipping meals for financial reasons — often prioritizing tuition payments and other costs over eating — underscore the reality of food insecurity on campus and the imperative of addressing it, according to Katie Freeze, who chairs the Food Bank Committee.

“Everybody has the right to sustainable, organic food that’s good for their bodies — it shouldn’t be some upper-class thing,” said Freeze, a fourth-year environmental studies major. “Healthy food is one of the most basic human rights there is. And the biggest demand from our clients is for better nutrition.

“We’re a holistic service at the Food Bank,” she added. “We’re trying to do more than just hand our clients calories — we’re trying to provide nutrition, we’re trying to provide knowledge. And we’re hoping that when they are able to directly access where their food is coming from, they’ll have more knowledge going forward to make healthier decisions for themselves. That’s the opportunity we have with the Edible Campus project, and we’re super excited to see it take off.”