Article from The Current By Shelly Leachman 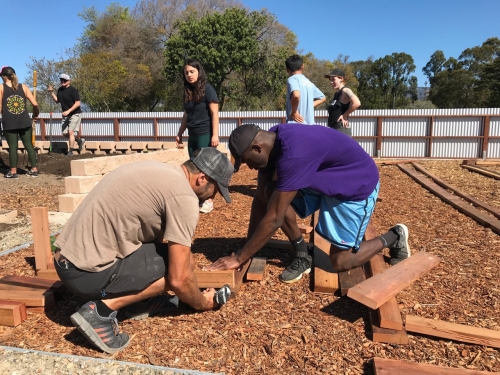 Two simple rows of radishes tell the story pretty well. But imagine how much richer the narrative when dozens of beds are flush with fresh produce. It won’t be long now.

After years of planning and effort, there are now actual seeds in the ground — and food sprouting above — at UC Santa Barbara’s Edible Campus Student Farm. And more are soon coming following a volunteer workday at the 12,000 square-foot parcel that saw vegetables planted, dirt moved, irrigation installed and raised beds built.

The all-ages, hands-on affair, which drew some 60 participants, was led by alumni Kim and Jack Johnson. The pair have been partners and mentors on Edible Campus, a multifaceted food sustainability initiative, since its inception and, through their Johnson Ohana Foundation, devoted donors to the project, too. 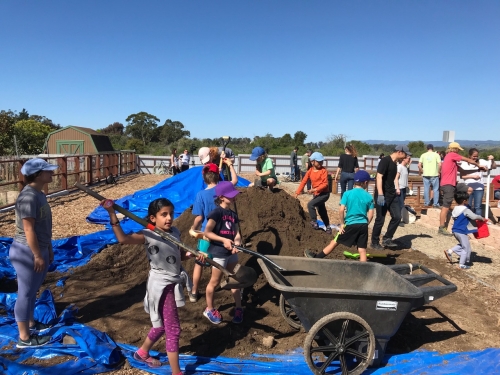 “It’s always exciting when an idea actually becomes a reality,” said Kim Johnson, who spent the warm morning moving mounds of compost into a large, low bed that ultimately will be a “food forest” of fruit trees. “Here we are building garden beds, and there are actually radishes coming up over there. This garden is coming to life. We’re excited to come back and see what happens this summer and see it continue to grow.”

The farm’s first harvest — those aforementioned radishes — is expected in weeks, with green onions, beans, bell peppers, eggplants and cherry tomatoes not far behind. They’ve all been planted using compost and soil amendments direct from the Department of Public Worms (DPW), a composting collective run by Associated Students, which oversees daily operations of the new farm.

“I’m hoping the farm becomes a place where both students and the community will come to engage and participate in sustainable agriculture,” said Caroline Conrad, a fourth-year student and operations coordinator for DPW, as she helped two kids plant tomatoes. “It’s exciting to teach the younger generation about plants and where our food comes from.”

Exciting, too, is the achievement that will officially be notched when that first load of fresh produce is delivered to the Associated Students Food Bank on campus, for distribution to UC Santa Barbara students in need. 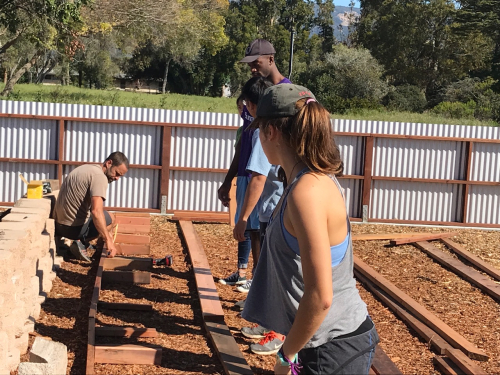 “We’ve been really actively working on the vision for the farm and getting a space for the last four or five years, and for many years before that as an idea that was percolating around,” said Katie Maynard, a sustainability coordinator for the campus and longtime key organizer on Edible Campus. “I’m just so pro

ud of our students who have made this happen, and carried it forward over multiple generations of students.

“A lot of other gardens in our area are growing and expanding at the same time,” added Maynard. “This farm will anchor a lot of that work by creating space really structured for community and class engagement. We have the structure to take gardening and farming in this area to another level.”

The hope is to have 10 beds completed by early spring and, with anticipated new funding, a few more by sometime in May, according to Maynard. A greenhouse will be erected over the summer and, as additional funds are raised, more beds will be built and planted; plans call for 37 beds in total, she said.

Once all three Edible Campus installations — the orange trees, the tower garden and now, the farm — are in full production mode, UC Santa Barbara hopes to double, from 25,000 pounds to 50,000 pounds, the amount of fresh produce distributed annually by the A.S. Food Bank.

And as with so many things at UC Santa Barbara, collaboration has been the key. 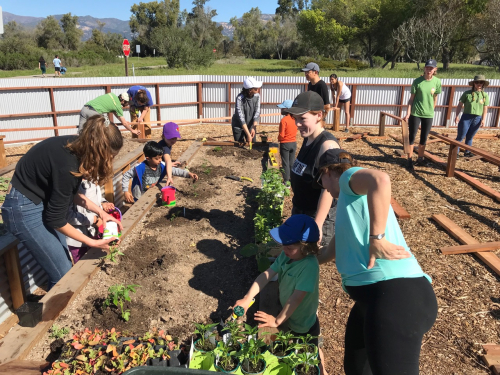 “It’s like this at every garden party I’ve ever been to — the bonds that have been created, the new friendships that come from people laughing together trying to build something,” Jack Johnson said during the volunteer event, while helping to construct a 16-foot-long planting bed. “Then the vegetables start to grow from that garden and friendship develops around that. It’s a fun thing.

“You want to keep it fun to maintain that excitement,” he added, noting the group of young kids at the event, most of whom helped Kim shovel dirt into wheelbarrows. “You want those kids, as they become teens, to keep showing up, and someday they’ll be the ones showing up and leading garden parties.

All Photos taken by Jessica Scheeter. 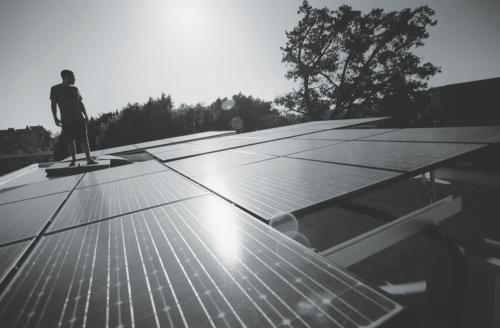 Jack is proud to announce his DivestInvest pledge to divest from fossil fuels and invest in climate solutions. In 2016, Jack personally divested from oil, gas and coal companies, joining a global investor movement to transition towards sustainable energy. Jack joins the over 1000 organizations and nearly 60,000 individuals who have made the commitment, with $8 trillion in combined assets. Additionally, the Johnson Ohana Foundation and Kokua Hawaii Foundation, both founded by Jack and his wife Kim, have also taken the pledge and are proud to announce that their investment portfolios are 100% fossil fuel free! Active investments are made in clean energy alternatives such as renewable energy and energy efficiency. This commitment is part of a larger Impact Investment strategy that both organizations have created to support social and environmental impact, and to align investments with their mission to support sustainable local food systems and reduce plastic waste. If you are interested in learning more about fossil fuel divestment, visit DivestInvest or search for socially responsible Fossil Free Funds. 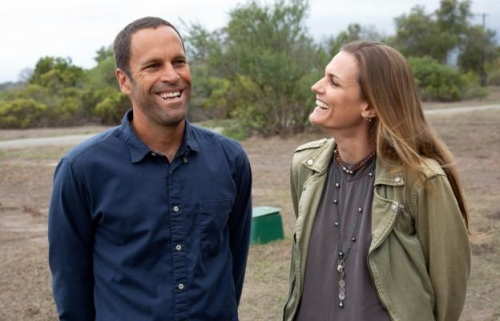 Many hands working together. That’s the translation, and the spirit, of the Hawaiian word laulima.

And it was laulima that two prominent Hawai'i residents — Kim and Jack Johnson — credited for the recent achievement of a long-held dream at UC Santa Barbara, their alma mater: a student farm.

Three years after formally launching its Edible Campus program — a multi-faceted effort to grow food on campus, for campus — UC Santa Barbara has broken ground on an expansive garden. The 12,000 square-foot parcels situated at West Campus will ultimately bring fresh local produce to the Associated Student Food Bank, and a host of educational opportunities to students of all ages.

“Working together we can accomplish amazing things — that’s laulima,” said Jack Johnson. “And that’s the inspiration we gain from being here at UCSB.”

The food production endeavor, a key element in UC Santa Barbara’s extensive sustainability practices, has a core and committed partners in the Johnsons. Through their Johnson Ohana Foundation, they have supported Edible Campus since its inception, providing both mentorship and money.

“We wanted to do something on campus that has a lasting impact,” said Kim Johnson. “It took a lot of work to get to this point and it will take a lot more helping hands to turn it into a fruitful garden. This is just the beginning.”

“UCSB is such a special place,” Jack Johnson said of the campus where he and Kim first met, and where they both recall first connecting with food. “We’re just excited to be working with a place where we both learned so much and have been inspired so much. So many fond memories. And this was the way that made the most sense for us to be cooperating and working with UCSB.”

The food-focused collaboration at UC Santa Barbara aligns perfectly with Johnsons’ farm-to-school programs in Hawaii, where their Kōkua Hawaiʻi Foundation operates multiple gardens and trains both teachers and kids in gardening, composting, nutrition and waste reduction.

“For the last 12 years we’ve been running school gardens in Hawaii, so it seemed like a natural fit for us to help UCSB get their first student farm off the ground,” Kim Johnson said. “We were excited to hear about the UC Global Food Initiative when that launched four years ago, so we reached out to hear what UCSB is doing in that space. Then Edible Campus got started, first with the fruit trees and now the farm. We’re hoping this will lead to a lot more.”

Once all three Edible Campus installations — the orange trees, the tower garden and now, the farm — are in full production mode, UCSB hopes to double, from 25,000 pounds to 50,000 pounds, the amount of fresh produce distributed annually by the A.S. Food Bank.

The farm’s design calls for raised beds of row crops as well as multiple companion plantings such as corn, beans and squash. A multilayer permaculture garden of trees tall and short, bushes and low-lying plants — all integrated together — will reflect the production potential of a forest-style structure. A composting demonstration area will include both worm composting and hot composting units. On top of all that, a dedicated, flexible space for pre-K-12 and college-level education also is in the plans.

UCSB’s Department of Public Worms (DPW), a composting collective run by Associated Students, will manage the farm day-to-day, but students, staff, faculty and even members of the surrounding community will be regularly welcomed for planting parties, harvesting events and much more.

“It’s been almost six years in the making to get here, and it’s just a dream come true for so many students, past and present,” said Jessie Schmitt, who oversees DPW as recycling and compost program manager for Associated Students. “There will be so many benefits once we have the farm up and growing. We’ll be providing local, organic produce to the A.S. Food Bank and other food pantries on campus — this will be a great resource to them. We will also provide educational opportunities for students and opportunities for the community to come together to grow food and to know where their food is coming from.”

That is sweet music to the Johnsons, for whom the connection to food is as crucial as the food itself.

“A lot of time people feel disconnected from that word — environmentalism,” said Jack Johnson, “but food and eating is one thing we all do every day.”

“Food is so much,” added Kim Johnson. “It’s not just nourishing our bodies. It’s our culture, it has so many layers. People identify so closely with food. Food is a community builder. And there is so much you can learn from growing food. I went to the UCSB Teacher Education Program, and seeing the connections made in a garden —  science, math, social studies, any subject can be taught in a garden — there are so many opportunities for people to learn.”

‘Inside, Outside and Beyond’ 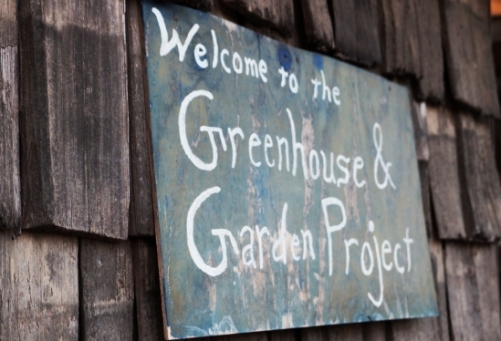 Read the rest of the write up here.